Today, the Energy Community Secretariat received a high-level delegation from Moldova. The delegation consisted of the Minister of Economy of Moldova Sergiu Gaibu, Deputy Chairman of the Committee on Economy, Budget and Finance in the Parliament of Moldova Radu Marian, Economic Counsellor of the President Veaceslav Negruta and First Secretary at the Embassy of Moldova Inetta Panurco. The delegation was welcomed by Deputy Director Dirk Buschle, Smaranda Miron, Peter Pozsgai and Barbora Poyner.

The discussions focused on the current situation Moldova, which declared a state of emergency in energy today. The Secretariat reassured the government of targeted assistance in improving resilience and key elements of energy sector governance, including unbundling, regulatory performance and independence and the prevention of abuses. 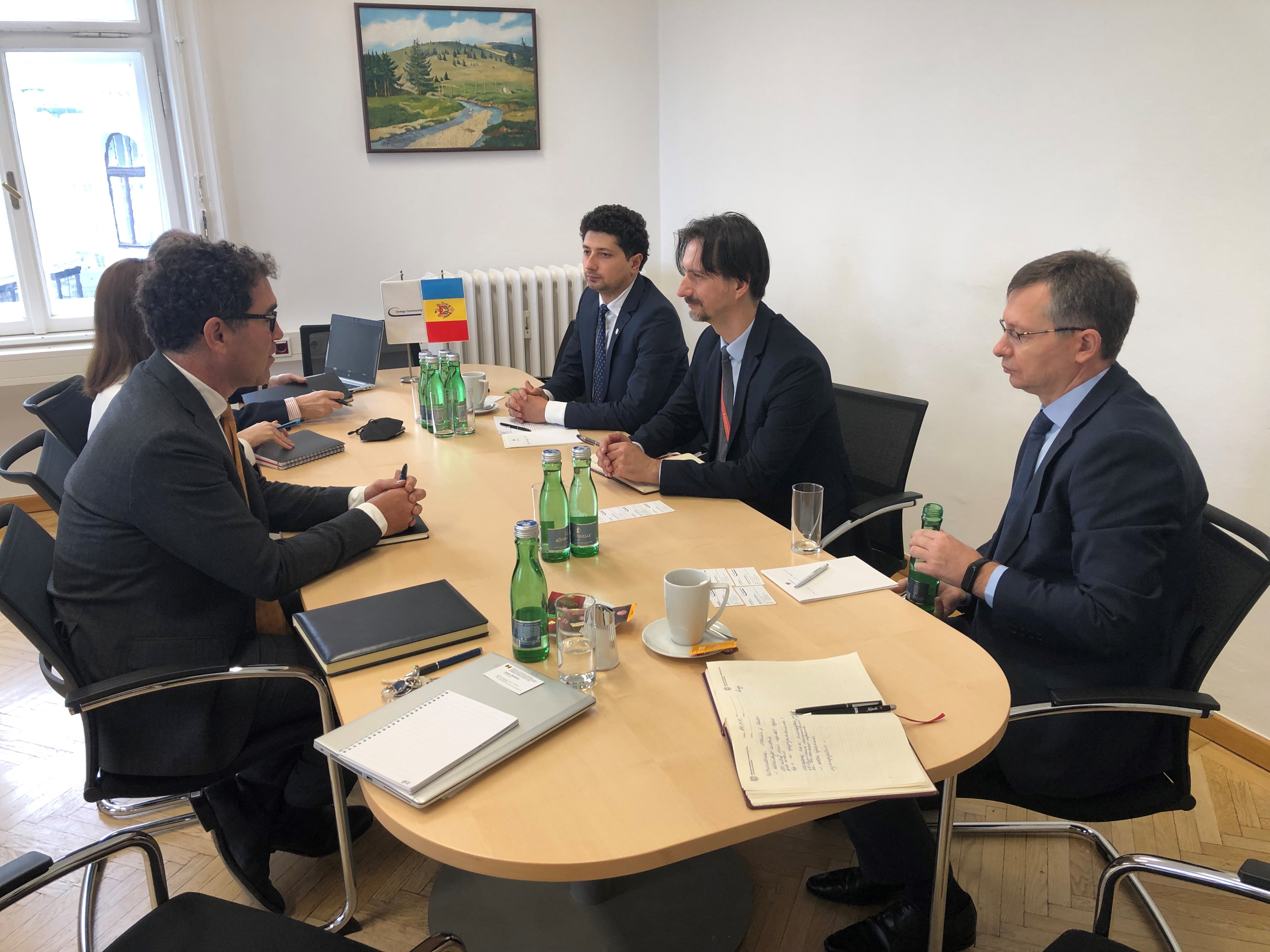 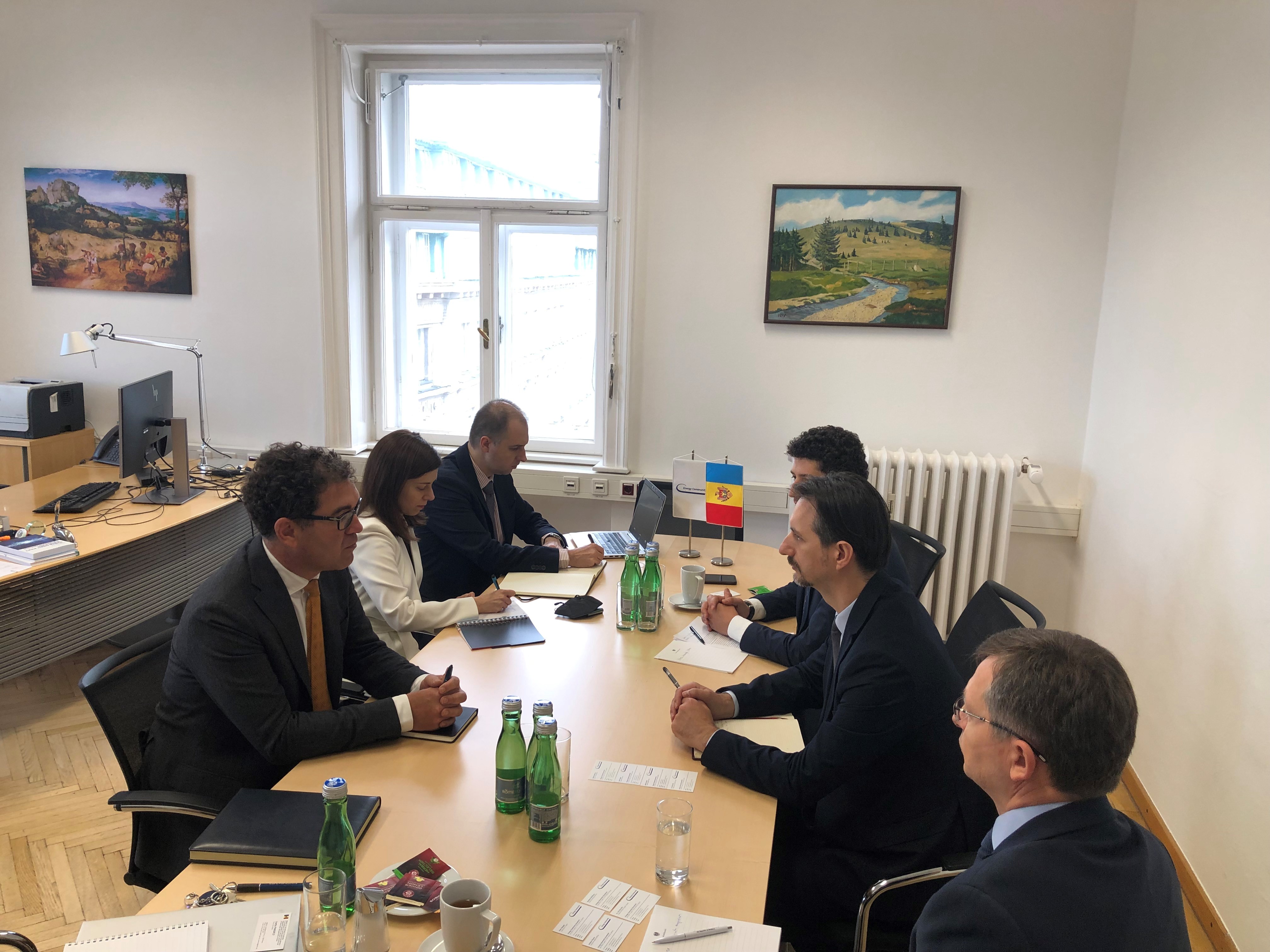